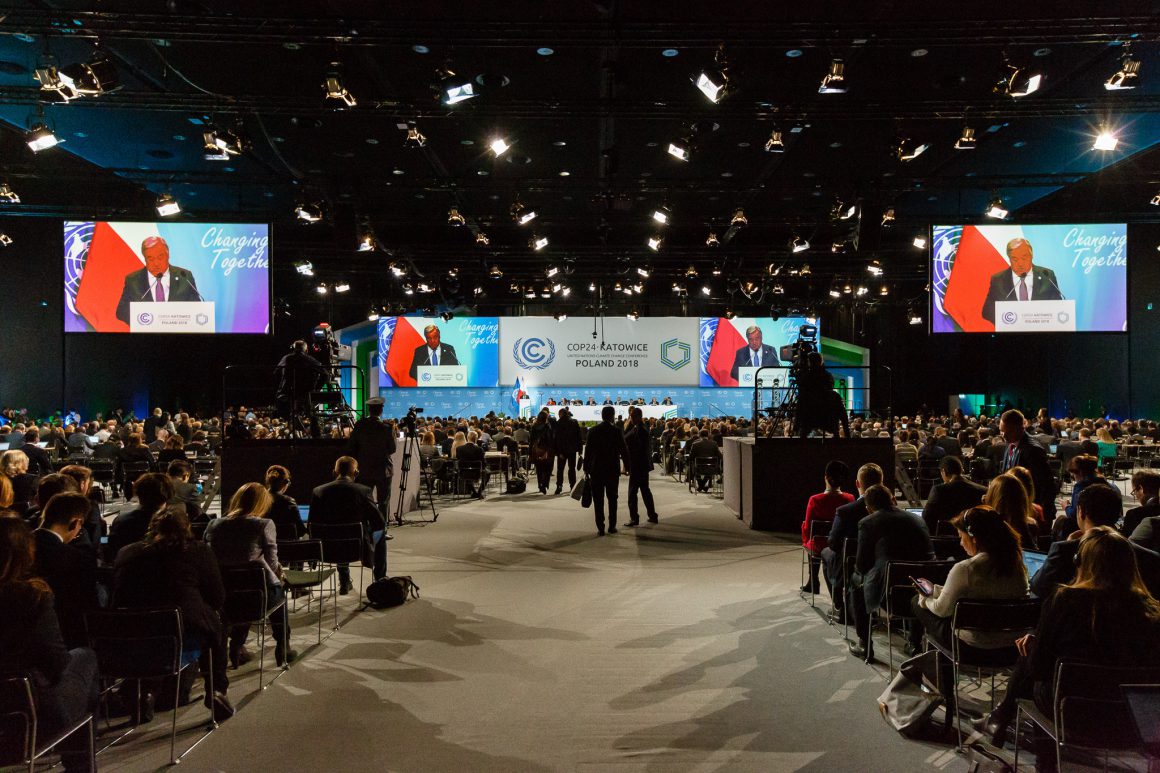 Marília Reinato Carrera is a Brazilian science journalist and researcher. She is a master’s student in Social Communication at Methodist University of São Paulo and a scholar of National Council for Scientific and Technological Development. She is also a member of the research group Humanitarian Journalism and Media Interventions.

Prof. Dr. Roberto Chiachiri is UNESCO/Methodist Chair of Communication for Regional Development as well as professor and researcher on communication and semiotic studies.

The 24th session of the Conference of the Parties to the UN Framework Convention on Climate Change (UNFCCC COP24) takes place from December 2 to December 14 in Katowice, Poland with the aim of finalizing the guidelines for the Paris Agreement implementation among the 195 signatory countries.

The Secretary-General of the United Nation António Guterres warned that COP24 cannot fail due to the acceleration trend of climate change. “I count on the dynamic leadership of Poland as an enormous broker, as a bridge builder and as a convener to help countries come together and find solutions for the points on which they are still divided. I also count on the conscience of all member states present that to come to an agreement is an absolute must.”

While climate change is running faster than predicted, the political will to fight it has faded.

According to Guterres, COP24 faces a paradox. On the one hand, climate change is running faster than predicted by policymakers and specialists. For example, natural disasters are becoming more and more dramatic, frequent and intense with terrible consequences for the population. One the other hand, the political will to fight climate changes has faded after the Paris Agreement.

The Paris Agreement came into force on November 4, 2016 after its adoption at COP21 and approval on December 12, 2015 in order to keep the global temperature increase well below 2°C above pre–industrial levels and furthermore pursue efforts to limit the rise to 1.5°C. “In Paris countries made commitments in relation to emissions [of greenhouse gases], but those commitments would not allow us to reach that goal of 1.5°C. There would be still an increase of 3°C, which of course would be catastrophic for the planet,” said the Secretary-General.

COP24 is taking place in the wake of alarming recent reports. On November 27, the United Nations Environment Program (UN Environment) launched the Emissions Gap Report 2018. The document indicates that “if the Nationally Determined Contributions (NDCs) ambitions are not increased before 2030, exceeding the 1.5°C goal can no longer be avoided”, mostly with the increase of CO2 emissions in 2017 after three years of stagnation. On October 8, the Intergovernmental Panel on Climate Change (IPCC) approved the Global Warming of 1.5°C Report. The official paper points out that “human–induced warming reached approximately 1°C above pre–industrial levels in 2017”, with above the average warming in many regions and seasons around the world. 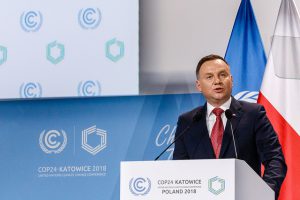 At the COP24 opening the President of Poland Andrzej Duda presented the Solidarity and Just Transition Silesia Declaration. The declaration is one of three initiatives of the Polish Presidency of COP24 (The Driving Change Together Partnership for Electromobility and Zero Emission Transport and The Silesian Ministerial Declaration “Forests for Climate” being the other two), with the purpose of guaranteeing climate protection as well as economic development and job opportunities. “We wanted to demonstrate what is extremely important in the climate protection process on these three basic elements I have mentioned in the presentation that is technology, man and nature. All those three factors have to be taken into account”, affirmed the President of Poland. “So if you talk about climate protection, if you talk about creating better living conditions on our planet, we need to take a holistic point of view. And this is the Polish proposal precisely.”

COP24 also aims to conclude the Talanoa Dialogue launched at COP23 to assess the progress towards the Paris Agreement goals and inform the NDCs. In line with Guterres, COP24 is essential to transform ambition into reality with the approval of a work program for the Paris Agreement. “Katowice with Talanoa Dialogue will hopefully give strong impulse to that increasing ambition that we need in relation to the engagements that countries are assuming to defeat climate change. So we put a lot of hope in this COP,” highlighted the Secretary–General of the UN. “We need to do this based on a perspective that is linked to a fair view of globalization. A perspective that takes into account the vulnerability of certain areas of the globe that of course need stronger solidarity such as islands in the Pacific, islands in the Caribbean and areas in Africa that are facing huge desertification.”

COP24 is taking place ten years after COP14, which was hosted in Poznań, Poland. On the first day, the President of COP24 Michał Kurtyka and the Executive Secretary of UNFCCC Patricia Espinosa emphasized the urgency of finalizing the guidelines for the Paris Agreement implementation. “The Paris Conference in 2015 marked such a milestone with an unprecedented push and commitment to a truly global approach to solve the problem of climate change. We agreed that we all have to act, but the questions on how to do it remain on the table,” claimed Kurtyka. “This is a very important conference. It takes place also in a scenario where we have clear signals about the urgency with which we need to address issues of climate change. Effects that are affecting communities around the world, destruction in so many places and a lot of suffering from climate change just make our work more urgent,” stated Espinosa.

Marília Reinato Carrera is a Brazilian science journalist and researcher. She is a master’s student in Social Communication at Methodist University of São Paulo and a scholar of National Council for Scientific and Technological Development. She is also a member of the research group Humanitarian Journalism and Media Interventions.

Prof. Dr. Roberto Chiachiri is UNESCO/Methodist Chair of Communication for Regional Development as well as professor and researcher on communication and semiotic studies.