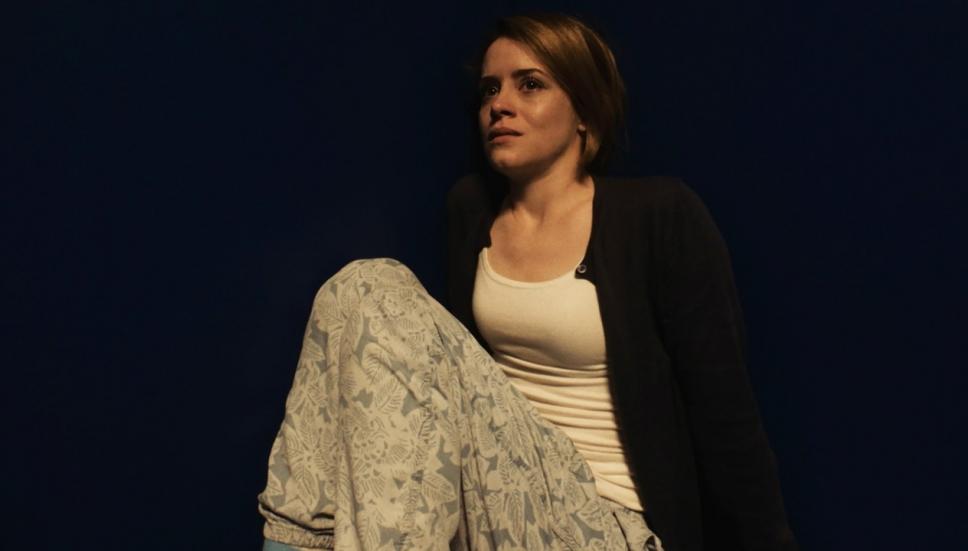 After his Side Effects (2013), Steven Soderbergh offers another filmic take on the insanity industry. In Unsane (2018) Claire Foy plays the main character, Sawyer Valentini, a young bank employee whose job is “to access and interpret data to produce analytical results,” as she coldly tells a distraught client on the other side of the telephone line from her office cubicle. She then heads for a hasty lunch of leafy-greens in a neat but anonymous urban space of a financial district and a simultaneous video call with her mother.

When a one-night-stand Tinder-arranged date goes disturbingly wrong, Sawyer seeks the professional help of a counsellor. “I’m alone in a strange city, and I never feel safe, not for one minute. Second-guessing everything I say, in case it might be misinterpreted, becomes normal.” 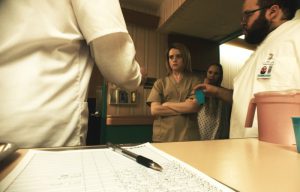 Claire Foy in a film still from Unsane (Photo: Berlinale)

Feeling relieved to have found somebody who listens, Sawyer fails to second-guess the true intention behind the psychiatrist’s suggestive questions whether she has ever considered taking her own life. She skips the small print in the forms she is given to sign and ends up involuntarily committing herself to Highland Creek Behavioural Health Facility, a psychiatric hospital.

Her desperate attempts to clarify the misunderstanding and leave the hospital run up against an institutionalized inhuman rigidity and quickly turn into rage. This normal reaction to an abnormal situation, however, only succeeds to deepen the pit in which she finds herself by providing the overworked hospital staff more excuses to keep her locked up “for her own safety.”

Nate, a compassionate patient, played by Jay Pharoah, explains it as it is: “They’ve brought up suicide. You bit. That’s all they need. They’ve got beds, you’ve got insurance. Highland Creek is just like any other business in America. They got a number to hit every month.”

Unsane film is about people “trapped in a system designed to strip them of their identity,” said Soderbergh during the press conference at the Berlinale film festival, where the film was premiered. There is a growing global tendency to take over the model that dominates in the US, according to which healthcare is treated simply as another business opportunity. When hospitals are run as for-profit factories, they need a constant supply of patients like Sawyer as a sort of depersonalised natural resource, much like commercial jails need prisoners, and they need to capitalize on each and every inmate and patient as much and as long as possible.

Many viewers would probably be happier if Unsane would simply stick to criticising the narrow economic rationale in psychiatric care and show how resilient can people be when confronted with an insane system. Foy’s performance does help the film to cover this aspect very convincingly. The film-maker himself, however, springs a double surprise.

Firstly, we discover that Sawyer might have actually been a victim of stalking, when she seems to recognise her stalker, David Strine, in one of the hospital staff. Sawyer claims that Strine took a fake identity and volunteered at Highland Creek to exploit her inability to flee him — something that the psychiatrist in charge not surprisingly sees as a further confirmation of Sawyer’s insanity. The plot then takes on aspects of a psychopath thriller — the very genre that has often brought mental illness onto the silver screen, much too often casting it in a negative light and leading to inaccurate assumptions and stigma. 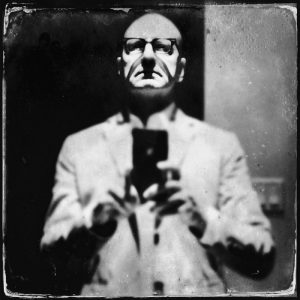 Secondly, it is the first commercial feature film ever to be shot entirely with iPhone cameras. Both the director and his actors praised this innovation. “We are at an interesting transition point in terms of cinematography with what is happening with the new digital cameras,” said Soderbergh. “I really enjoy […] the amount of control that you can have after the shooting is finished, such as the combination of textures that we added in post-production.” Joshua Leonard, who plays the stalker, added that “there is nothing more fun for an actor than just being in the thick of the creative process when you’re on set, not having to wait for the machine of film-making to catch up with the creative impulse. It enabled us to stay in the world of the film and our characters with many fewer restrictions or conceits than you generally have on the film set.”

Film critics, however, seem to have been unable to quite digest the turn that the film’s plot takes. They also remained unconvinced, or even annoyed, by the use of iPhone technology and the resulting visual effect, described as “nervy but murky” by The Guardian’s Wendy Ide and “shoddy” and “cheap” by The Telegraph’s Tim Robey. Had they not forgotten Soderbergh’s interest in the troubling effects of new media technology on human relationships and on cinema that persisted ever since his celebrated debut Sex, Lies, and Videotape (1989), they would not suspect his current use of smartphone video as commercial gimmickry.

The iPhone also plays a role in the curious brief appearance, long into the film, of Matt Damon as a police officer advising Sawyer on how to mitigate her predicament of being stalked. Among other things, he recommends her to delete her Facebook account and persuade her friends not to tag her in the photos they post online. “Think of your cell phone as your enemy,” he tells her. And that’s a reminder to all smartphone owners of the extent to which they themselves might be described as victims, often voluntary, of a new type of stalking on a massive scale.

Sawyer’s phone is taken away from her, when she enters the hospital. But since the film was shot on an iPhone camera, with its characteristic optical artefacts, depth of field and spectrum of colours, the smartphone gaze continues to follow her around the psychiatric ward. This imagery has long become a part of our “collective unconscious,” said Soderbergh. “We’re so familiar with the aesthetic of smartphone image that, without even knowing, there is an intimacy between the viewer and the screen.” This is however, an uncomfortable intimacy, in particular when one realises the insane proliferation of cameras and microphones, also in our most intimate living spaces, and that we increasingly see and display ourselves on social media through the very same gaze.

Unsane is a highly intelligent film in its form as well as its content. Despite of the feeling of dissonance and disorientation, which it provokes in the viewer and which is fully justified by its subject matter, it never sidetracks from its striking illustration of the contemporary human condition of being at the mercy of “un-sane” systems perfectly designed to keep us trapped and exploited.

Furthermore, this is perhaps the first psychopath thriller ever that does not take advantage of prejudices about mental illness for the purpose of entertainment. Instead, it shows back to us the insanity in some practices that we consider normal and does so by means of the very visual language that we know so intimately. The stalking psychopath, ready to do anything to get to his object of desire, is but a personification of the insane and abusive hunger for profit that we see creating ever more intricate and manipulative data-gulping systems of exploitation all around us.

What is true for commercial psychiatric clinics is also true for modern communication technologies and social media. We turn to them to seek human contact and understanding, but ever so often we find ourselves trapped in a cold analytical machinery churning our emotions to satisfy a systemic pathological desire for money — a desire so blind that it ultimately imprisons and destroys also those who give in to it.