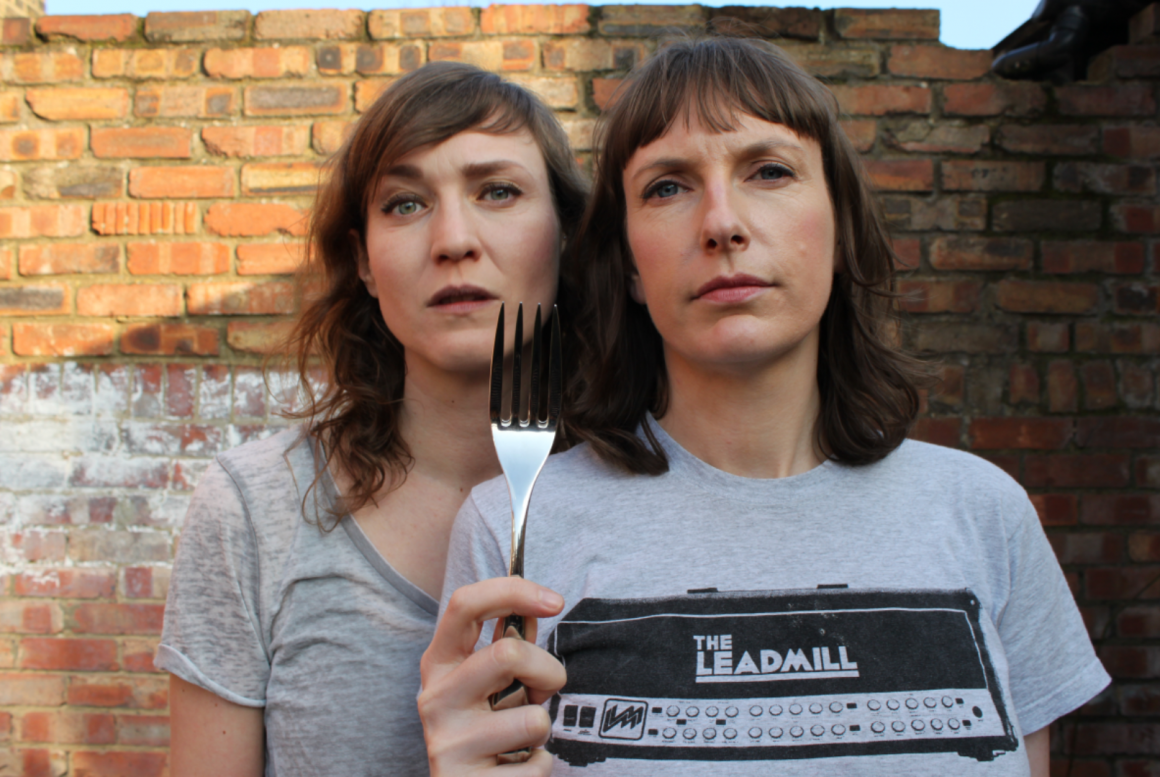 Elisabeth Pieplow is a writer-actor born in Rostock in 1982. She moved to Britain in 2002, where she spent her entire twenties. She now lives in Berlin crafting away in a record shop as well as on the city’s small stages, where she performs stand up comedy and her short stories that usually end with someone vanished or dead.

Two comedians, a German and a British, decide to do something to keep their Europe from falling apart.

Have we lost our sense of humour when it comes to Brexit? At the airport alone, faces have definitely gotten a lot sterner and tensions run higher. I now get asked: ‘Why are you travelling to the UK?’ ‘How long are you planning to stay?’ ‘Can you stop doing that with your face? I need to see you properly.’ ‘I’m here to tell people jokes and offer myself up for passport marriage,’ I say. ‘I will be here for the weekend,’ I say, and I stop doing that with my face and concentrate on matching my photo ID. Luckily the confounded look comes easy.

I am Elisabeth, one half of the comedy double act Kirsty and Elisabeth Productions. I live in Berlin and Kirsty, my writing partner, friend and inspiration lives in London. I call Berlin home because I was raised here, behind the wall separating East from West, families, lovers and friends. I call Britain my home because I grew up there. I spent my formative years, i.e. my entire twenties in Cardiff/Wales. I did that because I could. At the tender age of 20 an EU funded volunteering project was my entry to a whole new world. Little did I know how hard I would fall in love with Wales.

In love as well as in comedy, a lot hinges on timing and perfect timing allowed me to meet Kirsty, originally from Reading, in Cardiff 15 years ago. We briefly shared an office and permanently share a sense of humour. Last year we finally decided to stop with the nonsense and to start getting serious. Seriously silly of course, and thus the plan, to put on a show at the Edinburgh Free Fringe Festival (Laughing Horse), was born. 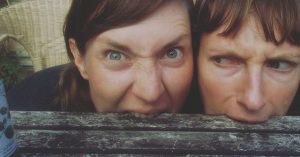 Elisabeth and Kirsty (courtesy of the artists)

A lot of our comedy material emerged out of the bubble of our friendship and we sometimes forget that there is a world around us. Our show is thus somewhat detached from all the political turmoil that shook us up these past months. Still, we do take jabs at Brexit and I in particular offer myself up for passport marriages hoping they will hand out citizenships faster than polygamy charges. But we also take it off road and talk about dawdling basking sharks and how truly terrifying they are, mostly because they are not paying attention. I talk about my avoidant tendencies and hugging doorframes in lieu of Rock Hudson, my hero and perfect date.

Another subject are the repercussions of not eating enough leafy greens during the first three weeks of pregnancy. When Kirsty was first expecting she came across a very real article suggesting that neglecting greens can reduce your child’s life expectancy by twenty years. As the child grew inside her, blissfully unaware, Kirsty became inundated with such advice ranging from silly to outright offensive; a comedy goldmine.

Side note: Kirsty is successfully raising a veritable superhero child with magical powers. ‘Death By Superhero’ was also the first sketch we wrote and performed together in 2012. It was a successful trial run of how to write and rehearse via a shared document called ‘A Not So Blank Page’ and video chats. We made it work and it wasn’t hard to make the effort.

Now, I will impart some wisdom on you; without any effort all relationships at best fade and at worst disintegrate completely. Doing nothing achieves more of the same and as much as absolutely nothing can make us laugh, Kirsty and I still prefer something over nothing. Those are my two cents and now back to our story.

It was chance and freedom of movement within the EU that put us together and it is our effort that keeps us together. We make it work as artists with egos and creative vision, as friends with wildly different lives, and we make it work while also working office jobs. Our fuel is very simple and available in abundance and that is love. A love for each other and for what we do.

As we know, not much love is currently lost between the EU and Britain and the way things are going, the terrifying dawdling basking shark might be the only free european traveller remaining. In that case I will tackle my fear and friend one up because above all, I value freedom of movement. That a child born in the GDR, that’s me, can grow up to feel at home in two very different countries took vision and work by the generation before mine and now I am not prepared to sit around and watch it all fall apart. So I do what I do best, making people laugh and sometimes cry a little.

Elisabeth and Kirsty will perform their show Fork, Sharks and Leafy Greens at the Edinburgh Free Fringe Festival from August 21st to 27th, at 5-6 PM each day.

Elisabeth Pieplow is a writer-actor born in Rostock in 1982. She moved to Britain in 2002, where she spent her entire twenties. She now lives in Berlin crafting away in a record shop as well as on the city’s small stages, where she performs stand up comedy and her short stories that usually end with someone vanished or dead.