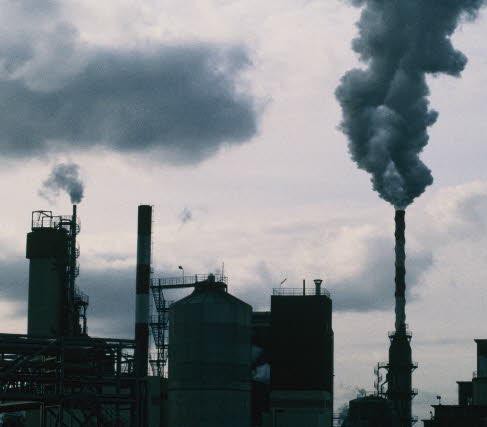 Pilar has a Bachelor degree in Journalism from Universidad San Jorge in Spain and Master degree in European Journalism from Institut des hautes études des communications sociales (IHECS) in Brussels. She has spent the last 6 years in different European countries (UK, Belgium and Poland). She has been working as a journalist in Warsaw for more than 3 years and has experience as a communication assistant and social media representative.

Krakow is perhaps the most famous city in Poland. Its history, beauty and architecture attract thousands of tourists and students annually. However, all its splendour is being clouded by microparticles which float in the air, invisible to the eye but toxic, and which penetrate surreptitiously into the body, causing serious damage to the health of those who inhale them. Can you imagine a child (or anyone else, for that matter) smoking 2,000 cigarettes a year?

Poland is not exactly the star pupil of the EU on environmental matters. The levels of pollution in the Polish air are amongst the highest in Europe. The Malopolska region is just the tip of the iceberg: what you can see, and what is talked about. However, this is a problem that extends across the length and breadth of the entire country, in some regions more noticeably than in others. The Regional Environmental Protection Inspectorate (Wojewódzki Inspektorat Ochrony Środowiska) warned in April of this year that Warsaw exceeds the permitted levels of harmful substances in the air, and the same applies to other cities in the Mazowia area.

Meanwhile, scientists at Austria’s IIASA (International Institute for Applied Systems Analysis) have conducted a study which predicted that by 2030 many European cities will be suffering from air pollution levels which top the limits set by the WHO and the EU. These include Warsaw, Sofia (Bulgaria), Gijon (Spain) and the entire southwest region of Poland, which will reach alarming levels if no serious steps are taken to halt the deterioration.

A huge stack of coal piled up, stoves that belch out black smoke, and soot-stained walls, may well seem like the backdrop of an image of the industrial revolution – but no – today this is a picture which is easy to spot in many parts of the country. In Poland many homes are still heated by burning fossil fuels, especially coal. But not for much longer in Krakow as, from 2018 onwards, local authorities have banned these fuels as a source of thermal energy.

Domestic use of coal, along with traffic and industry, are the main causes of pollution according to the European Commission (EC). This is an equation that paints a rather black future for the environmental health of the country. Furthermore, the EC already sounded the alarm bell for Poland last February “for failing to take the appropriate action that should have been in place since 2005 to protect its citizens” and has called for immediate and effective action to avoid future sanctions.

In 2010 the OECD estimated the number of deaths due to air pollution in Poland at 25,000 – one of the highest figures among OECD members. According to the activist movement, Krakowski Alarm Smogowy, cases of cancer caused by benzopyrene and amounts of PM10 (poisonous particles small enough to penetrate the lungs) have increased by 500%. These are substances that can cause asthma, cardiovascular problems, lung cancer and premature death.  Dr Eva Konduracka, a cardiologist, states “in Krakow, doctors diagnose a new case of malignant tumour every three hours.”

Magdalena Kozłowska is a representative for Polski Alarm Smogowy (PAS), an initiative at national level which groups together all those well aware of the matter, and whose main objective is to change Polish law, so that local authorities can be equipped with real tools to combat the pollution. Kozłowska says “now, slowly, the Ministry of Environment is beginning to recognise that there is a problem.” For his part, Krzysztof Bolesta, a political adviser to the Ministry for the Environment, says he is not surprised by the situation. In fact, it is a priority issue on the ministry’s agenda for 2015.

An assessment published by the OECD a few weeks ago acknowledged “considerable progress made by Poland in environmental management since its accession to the EU. However, it has yet to decide how it is to make the transition to a low emissions and efficient economy from the standpoint of resources”.

Reducing emissions: A wrestle between the economy and the environment?

Poland does not have a national policy on climate, beyond the objectives set by the EU. In a report presented by the Polish Chamber of Commerce, results reveal little hope for the future of Poland’s energy sector. They analyse the impact the country would suffer due to the lower emissions limits set out in the EC’s Roadmap towards an economy based on less coal, diversifying energy supplies in favour of gas, nuclear energy and renewables. The study reveals that electricity prices will increase up to four times by 2030, compared to 2005 levels; something that would seriously affect the country’s economy and millions of Polish consumers.

The aim is to reduce emissions by 40% by 2030, as compared to 1990 levels. It’s no news that Poland’s position has been to express concern about the resulting increase in electricity prices. The government has warned that, bearing in mind that 85% of Polish electricity comes from fossil fuel power plants, there will be a tremendous impact on prices if this balance changes, using the tools proposed by the EU.

This is a scenario where Poland will face major challenges that may well cost it money – but bring major gains in health.

Note: This article was originally published on PolskaViva.

Pilar has a Bachelor degree in Journalism from Universidad San Jorge in Spain and Master degree in European Journalism from Institut des hautes études des communications sociales (IHECS) in Brussels. She has spent the last 6 years in different European countries (UK, Belgium and Poland). She has been working as a journalist in Warsaw for more than 3 years and has experience as a communication assistant and social media representative.