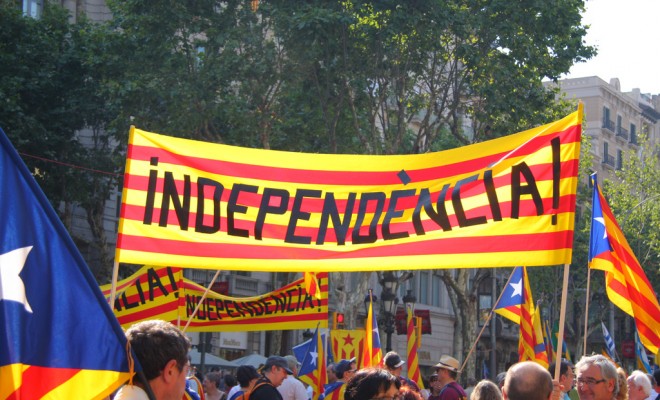 Who are the real “Europeans” today? The bureaucrats, officials and parliamentarians of the European institutions, in their somewhat isolated “Brussels bubble”? A few distinguished philosophers and other intellectuals who firmly reject nationalism? Or the “bobos” (bourgeois-bohémiens), rather highly educated middle-class big city inhabitants, who might feel culturally more similar to their counterparts in equivalent cities across the continent than to their compatriots in seemingly remote provinces of their own countries? Migratory movements have certainly influenced, for several decades, mentalities and national identities, and European integration has, at least for some time, contributed to bringing governments, countries and even peoples closer. But with the Euro crisis of recent years, that trend has started to go in the opposite direction. While intra-European migrations alone do not appear to bring about much more mutual understanding, extra-European migration pressure in 2015, certainly already present for decades, has become one factor which particularly threatens to undo much of what past decades have achieved in terms of promoting pro-European feelings and identities. The fault lies not in those who are coming, but in the contradictions of the countries they are coming to…

For an observer (such as the author) who is himself or herself a long-term, multiple intra-European migrant and has been living, studying and working for decades in several European and possibly other countries, recent events in the field of migration can hardly be seen as minor problems. If the Schengen system falls apart and the ill-managed euro-zone goes bankrupt, two obviously very real dangers, what will be left of the “European dream” described so optimistically, but not without realism, twelve years ago by Jeremy Rifkin? Is it thinkable that such giant steps backward would leave the rest of the European project’s foundations unshaken? How can we expect that European leaders will be able to resolve these problems tomorrow, if they have been failing so disastrously in recent months to reach an agreement in their ever-repeating, pathetic Eurozone and migration summits? Surely it is far easier for analysts to criticize them than it is for the leaders themselves to launch adequate policies.  Granted, these challenges are not at all easy to address, but it is also obvious that the current leadership is hardly up to the task of finding real and lasting solutions.

Separatist tendencies in several countries do not contribute to making these problems more manageable. Their roots are of course different, but they have something in common—a somewhat egoistic rejection of the “other” who have, up until now, been compatriots. There is also a connection between the way the European Union functions—or doesn’t function—and globalisation, which tends to make the lives of most citizens more precarious and to deepen social, as well as the regional, inequalities. If “Europe” has failed to diminish the Italian North-South divide, this is also a logical consequence of its regional dynamics, even if the main responsibility for the structural weaknesses of the South lies in internal Italian politics. If half of the Catalans want independence, centralist rigidity is likely to blame, but also historical and cultural resentments and the fact that Catalans—who outlawed bullfights recently—are, like the Basques, geographically, and maybe culturally, closer to the rest of Western Europe than are other Spaniards. If many Scots want independence after centuries of UK membership, it might mainly be due to the Thatcher legacy but also to their oil wealth and to Britain’s increased North-South divide, in this case favouring the southern part of the country. And Belgian centrifugal forces have not been stopped by the fact that Brussels has become the increasingly influential “capital of Europe”. Even the old Corsican nationalism, which just received a boost in the French regional elections, is certainly related to cultural factors as well as to history, geography and the complicated relations between the natives and the holiday “invaders” from the continent.

But what about “European identity” in these crisis-stricken “Brexit” and “Grexit” scenarios, disintegration prospects in four EU member states and a seemingly unstoppable rightwing populism in most countries, which thrives on a furiously anti-immigrant and anti-EU demagogy? It is too easy to answer that “more Europe” is necessary to save the EU; many citizens see the Union in fact more as the problem than the solution, and they can hardly be blamed for their simplified perception, given the EU’s many years of incapacity to find solutions for its acute economic, social and political problems. On top of all this, one million new immigrants in 2015 put heavy strains on even a big country like Germany, and not only hardline xenophobes fear that the immigrant flows, if they continue for several years, could potentially upset their society, already shaken by racist attacks. Anyway, the notorious lack of solidarity among countries in this field gives little optimism about the EU’s coherence. On the other hand, election results in all southern EU countries clearly confirm what everybody should have known for years, namely that German and Brussels-inspired austerity recipes don’t work and need urgent rectifications. What is clear is that both the Eurozone crisis and migration represent heavy challenges to a “European identity” which was, at best, in an embryonic stage for the majority of the French, German, and Greek citizens, an opinion bolstered by many in other EU member states as well.

Terrorism has become another huge challenge in 2015 and one more boost for right-wing populism. Particularly in France, which had a Ministry for Immigration and National Identity between 2007 and 2010, it is obvious that a crucial component of today’s agenda includes how to deal with home-grown terrorism and religious fanaticism, as well as how to counter simplifications which link them directly to immigration and to Muslims in general, in France and elsewhere.

Solidarity is inseparable from identity, and normally citizens of more prosperous regions of national states accept to pay for their fellow citizens of poorer or structurally disadvantaged regions, like Bavaria uses to pay for the Eastern länder, Bremen or Berlin. Now Catalans refuse to pay for Andalusians, as do the Flemish for Francophone Belgians and Northern Italians for their Southern countrymen. Even in Germany, recent years have witnessed a growing rejection of solidarity through national Finanzausgleich or compensation payments. As the Eurozone crisis shows, such solidarity is, not surprisingly, largely absent when people are asked to pay for other countries. This is especially the case if those who are asked to pay are misinformed about the reality of the situation, which has little relation to the story of the responsible and hard-working brothers “helping” their irresponsible and spendthrift siblings. Italian Prime Minister Renzi was partly right when, in a recent European summit, he told Chancellor Merkel that Germany should not see itself as the generous financier of the southern member states There is still a serious North-South divide largely along the borders of the Roman Empire, with often quite diverging mentalities and very few cross-country language knowledge and real understanding.

Today, many people view themselves as citizens of their city (or region), their native country, their country of residence (if it is a different one) and to some extent of Europe, and even as citizens of the world. Britons and Irish believe often, not illogically, that they are closer to other Anglophone people than to their continental neighbours, as do Spaniards and Portuguese related to Hispanic and Lusophone countries, and even French people might feel more at home in countries where their language is widely spoken. If the above-mentioned challenges, and those of the long-term economic downturn and accompanying mass unemployment, are not met adequately, it is obvious that the fragile European component of their identity will become weaker and weaker, with potentially disastrous consequences for the entire European project.