To discriminate on the grounds of sexuality is to deny the needs of the soul. Using religion to justify this discrimination is more “twisted” than any deviation from societal norms.

A bright orange bus emblazoned with an anti-transgender message has been forced off the roads in Spain, after activists, trade unions, and Madrid City Council united against it. The slogan on the bus read: “Boys have penises, girls have vulvas. Do not be fooled.”

A Catholic group, Hazte Oir, had planned to take it on a nationwide tour of Spanish cities. The group said the ban was illegal and that it planned to acquire a new bus.

A similar message on the side of the banned bus states: “If you are born a man, you are a man. If you are a woman, you will continue to be one.”

It is believed to be a response to posters put up in northern Spain by a transgender rights group, which read: “There are girls with penises and boys with vulvas. It’s as simple as that.”

Apparently, we now have to make sure we obey our biology. As if that’s all that we are — mammals, which need to be identified and categorised by what we carried between our legs on the day of our birth.

The needs of the soul

How about finally accepting that we are also humans — sentient beings that have a spirit and a soul, not just flesh, meat and bones? Haven’t we humans always separated ourselves from other animals, often in such an arrogant way that we have placed ourselves above all other forms of life, exploiting them, abusing them?

Isn’t this precisely because we see ourselves as more than just animals, more than any other “creatures” under the heavens? In fact, it was religion that made us believe that we were God’s favourite, chosen ones.

Yet ironically, there are Catholics that insist on identifying and categorising people strictly on the basis of biology and anatomy. I am confused.

Am I a man because I was born with a penis, or because I feel like a man? How about what my spirit makes me feel and want?

What would happen to my soul and all religion’s promises of atonement or forgiveness in the afterlife, when my penis-identifier has withered away and returned to dust?

I wonder, then, if we belong to one sex or the other because our anatomy chose for us at birth, or because our “soul” urges us to behave in a certain manner.

If, that is, religion has got it right and what we think of as “the spirit” even exists at all. If not, should this not force us to change our perception of religion, spirituality and God?

Science discovered in 1991 that the hypothalamus, which controls the release of sex hormones from the pituitary gland, differs between gay men and straight men. The third interstitial nucleus of the anterior hypothalamus (INAH3) was found to be more than twice as large in heterosexual men as in homosexual men. It additionally showed that in gay men, neurons in the INAH3 are packed more closely together than in straight men.

Some studies have shown that the corpus callosum – the main connection between the two halves of the brain – has a different structure in gay men than in straight men. However, other studies have found no difference.

Gay women and gay men are more likely to be left-handed or ambidextrous than straight women and straight men, according to a number of different studies. Some researchers have suggested that this difference in handedness – preference for one hand over the other can already be observed in foetuses – is related to differences in the corpus callosum.

Based on the above, one should think twice before attributing any discriminatory beliefs or misconceptions to God or relying on His authority in imposing morality on our sexual behaviour.

Instead, we should start liberating ourselves from anachronistic ideologies, religious beliefs and conservative mentalities regarding sexuality. The reason being that they are simply misplaced. They are founded upon lies and false information.

Why allow religion to spread bigotry and hate?

Humans cannot be reduced to animals that only mate for procreation. Even if one believes they should be, there are plenty of examples of animals having sex just for fun. Homosexuality is not unknown among other animals either, especially the most “developed ones,” such as chimpanzees and dolphins.

Our sexuality is not just black or white; rather it covers all “shades of grey” in between. So why do some insist on stereotyping, discriminating against, excluding and even using violence towards individuals that do not fit into their idea of “respectable” and “acceptable” sexual orientations?

How come we still allow religion to spread bigotry and hatred towards our fellow human beings? Especially when the Christian faith is here to spread love and acceptance. Not to mention that it has totally failed to deal with humanity’s most basic need for love and sex, let alone prove that its representatives know exactly what God’s will really is on such matters.

If zealots promise people a life after death but treat people like sheep that possess genitals only for procreation and easy categorisation, then we have the following contradiction: do sheep really care about life after death, their soul, forgiveness and paradise. If they don’t, why do they need religion?

People who suppress their true selves have nothing to teach me about love and sex.

People who suppress their true selves or sexualities and choose to remain celibate in order to please their imagined version of “God”, or those who stay in sexless, loveless marriages out of convenience or fear of breaking societal taboos, have nothing to teach me about love and sex.

They are far more “twisted” than any gay or transgender individual, simply because they are the ones who go against their true nature. And I do not believe that they should be allowed to set the rules for everyone else to follow. 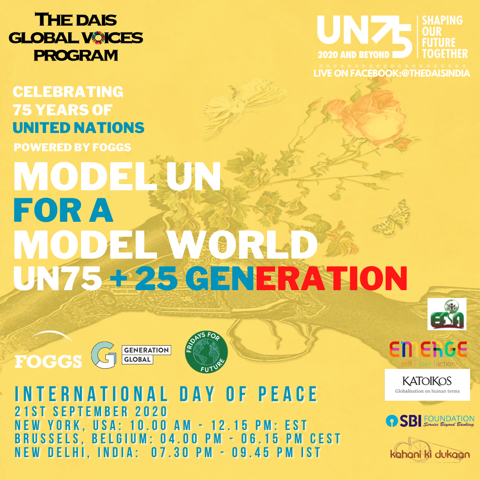