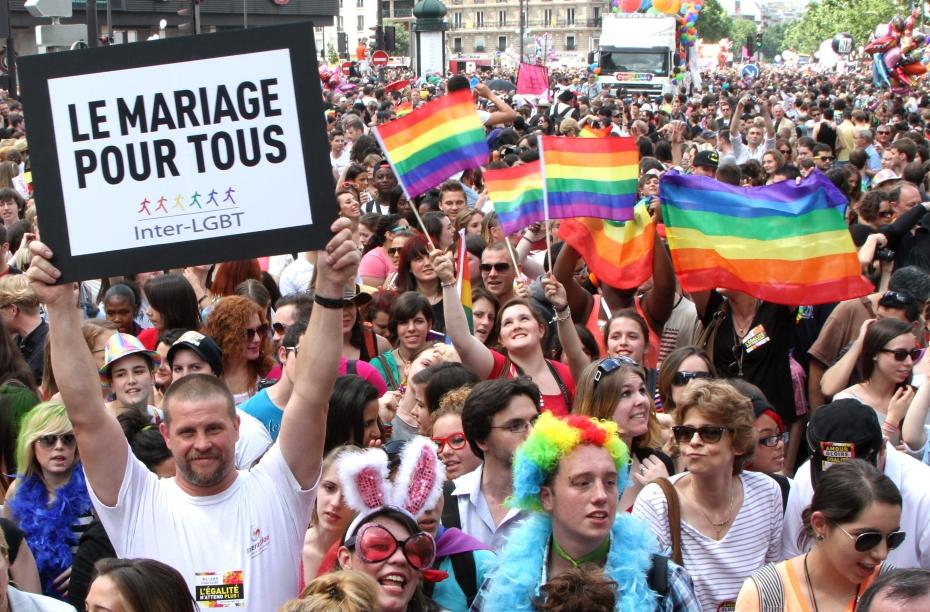 On 30 June, Germany became the most recent EU member state to approve same sex marriage, prompting further debate in many of its partners on whether to follow suit.

As things stand, Europe is split in half, with the western part having embraced full equality for LGBT individuals, and the eastern and southern regions dragging their feet.

Currently the debate is ongoing in Malta, which is expected to follow Germany in near future, and Northern Ireland, which is the only region in Western Europe still reluctant to pass similar legislation.

Just as when the debate was raging in the Republic of Ireland, I have not been surprised to see opponents north of the border roll out the same arguments against the adoption of children by same sex couples and the formation of “families” by such individuals.

But really, do we intend to grant or withhold happiness on the basis of a decision that the two people concerned may never make?

Instead of focusing on allowing two people to be treated as equals in the society in which they live, comparing homosexual couples to traditional, established heterosexual families is simply a way to erect obstacles to their happiness.

This is a mistake and both sides—those who campaign against gay marriage as well as the LGBT equality groups—are wrong. They are missing the whole point.

We are talking about love and the ability to express it openly, freely and to have a recognised legal status for gay partnerships, like we already have for heterosexual ones.

For example, if a homosexual person falls in love with an individual outside their country of residence in the EU, then this individual must have the same legal status to have their union recognised by the state in order to be allowed to keep his or her partner in the country. Just as any straight person can do.

I do not see why children must come into the discussion and become an obstacle to their union. After all, this is a choice they may never make.

Neither do I understand why some LGBT individuals see the right to adopt as a must, while in reality the discussion is about the ability to love a person openly and obtain legal security for the union. A child, just as in a heterosexual marriage, won’t save or complete it.

As many heterosexual couples mistakenly try to shore up their marriages by having or adopting children, I do not see why homosexual couples need make the same error.

A child is not a puppy or a must-have achievement to enhance your status, fulfil your needs or image and legitimise your union. Both gay and straight couples must be responsible when deciding to adopt a child.

A homosexual couple is far more likely to choose not to have children and enjoy a more comfortable lifestyle, as a larger share of their income can be spent on their needs, hobbies and lifestyle. Why would they insist on something that is not naturally available to them?

They could have the best of both worlds and be legally married, enjoying the joys of a newlywed couple, without going through the difficulty of raising a child, which can sometimes take a heavy toll on a relationship.

What they must be focusing on is the equal status of same sex unions and their full acceptance by society, the legal recognition by the state and all the authorities and the promotion of the same rights across the EU and perhaps the rest of the globe.

Besides, even heterosexual marriages do not always result in having children. Should childless straight couples enjoy reduced rights and status?

I am not against gay adoption and if the law allows it for straight couples, then yes it must allow it for gay couples too. But this issue should not define the debate on the real issue—same sex marriage—or its outcome.

The cases that surely require special legislation and attention are those in which one of the partners in the same sex marriage already has a child from a previous relationship or is a lone parent.

These cases do pose a definite argument for adoption by gay individuals and the sceptics need to understand and respect the fact that the modern family is changing. They simply need to catch up with reality and not impose their own conservative views on the future of these children.

Same sex marriage is something new and, understandably, people of all sexual orientations feel the need to get to grips with it and learn to accept the way it redefines the notions of marriage and family.

If it is nowadays acceptable for two white heterosexual parents to adopt an Asian or African child, something that would be impossible to occur naturally, why can’t we tolerate a similarly “unnatural” family when it is comprised of two same sex parents?

Giving the same rights to your fellow human beings does not mean losing any of your own. Families already come in a diverse mixture of races, ethnic backgrounds and religious beliefs, as well as consisting of one or multiple parents.

The institution of marriage and family was dramatically different centuries ago. It has changed and developed over the years, and we have adapted to these changes. Now we must do the same with same sex unions.

Instead of holding on to what we know and using it to block any development for the way forward, we should take the leap and embrace it. We ought to give every human being the ability to express and explore their sexuality openly, freely and if they chose to be in a same sex relationship we should treat their union with dignity.

Hopefully, one day, our stereotypes on gender, sexual orientation and marriage will collapse and people will be able to choose their partner not according to what is socially acceptable, but according to who they really love.

Children can be born in heterosexual marriages, but grow up in homosexual ones, as their parents might split and chose another partner of the same sex. Society needs to accept and tolerate this, just as it does for mixed race unions. That should be our goal, instead of using children as an argument to push for a particular agenda, either for or against gay marriage.